“It’s all Part of the Experience” 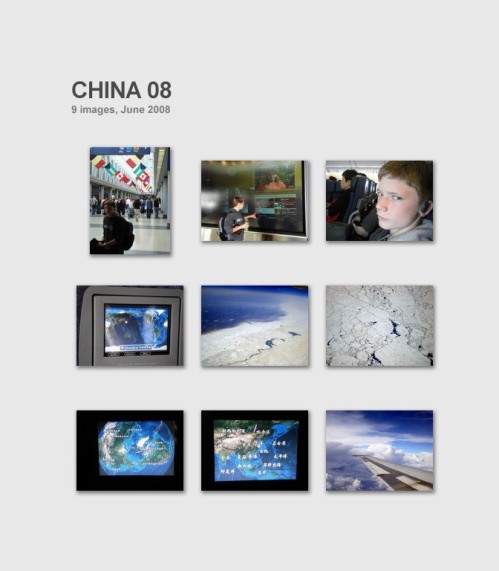 7050 miles/11347 km between Chicago & Shanghai translates into 14 hours, 24 minutes.  Our flight took us way north over Canada, Alaska, the North Pole and Russia before descending into China.

Obviously, the Lord cleared the path for our flight to be on its way to Shanghai.  Within 8 minutes of our departure from Chicago’s ORD airport, the entire airport was shut down due to treacherous winds.  Our flight was one of the last ones out.  Here’s the scoop…

Only a few minutes into our flight our 777 Jumbo Jet began to rock back & forth like a feather caught in a ceiling fan.  Flight Attendants were promptly ordered to return to their seats as the “Fasten Seatbelts” sign starred at me, mocking my previous comfort level.  We were experiencing turbulence like nothing I had ever encountered before.  I grasped the armrests and struggled to keep my head upright while dangling earrings repeatedly slapped my face with fervor.  I glanced to my right to find a look of sheer terror on Zech’s face.  He was pale white and wide-eyed, appearing 2 breaths away from tears.  “Breathe,” I told him, “it’s okay, it’s just wind”…just wind, my mind whispers, like the funnel-shaped wind that sucked up our Kansas barn & silo and shredded them into splinters & concrete pebbles… “It’s like riding your bike on a windy day”…except, my thoughts continued, if you fall off your bike you’re not gonna DIE.  I mustered a reassuring smile that belied my own terror and repeated “It’s okay,” as I rubbed Zech’s arm.  “Have you ever seen turbulence like this before?” Zech asked.  “Sure” I sorta fibbed.  Well, I had heard about it when I worked for the airline years ago.  I relayed the story of a flight where the plane actually did a dead drop 120 feet and then bounced back. A woman not wearing her seat belt came up out of her seat, whacked her head & was rendered unconscious.  “Good thing we’re wearing our seat belts, huh?” said Zech.  As a reflex I reached for mine to tighten it snuggly.  And I began to pray to the One who commanded the winds to be still.

“Jesus got into the boat & his disciples followed. A great storm arose til the waves were breaking right over the boat, but Jesus went on sleeping.  So they came & woke him up crying, ‘Save us Lord. We are sinking!’ ‘Why are you such cowards?’ he said, ‘how little faith you have.’  Then he stood up & rebuked the wind & sea and there was a dead calm.”  Matthew 8: 23-27

While I willingly confess that I was as much a coward in my thoughts on the airplane as the disciples were in their complaining to Jesus on the boat, I can also testify with absolute assurance that Jesus is unchanging…even in the worst storms of life He still calms the winds.

This entry was posted in slice of life and tagged Jesus, Shanghai, turbulence. Bookmark the permalink.